When Huddersfield Town Football Club reached the 2017 Championship play-off final at Wembley, they came to us to provide interior graphics for their section of the changing rooms, physio rooms and entrance to the famous pitch.

The schedule was tight, although some pre-planning had been discussed, we didn't get the green light until they beat Wolves in the semi-finals. That only then gave us a couple of weeks to prepare everything for the final at Wembley.

A quick trip was arranged along with Huddersfield's commercial team so we could understand the requirements, gather the all important measurements, and to determine the security requirements of the country's most prominent football ground.

The overall idea was to give the players and manager that extra bit of motivation, not that they needed too much of that, but also to give them a feeling that it was a home game, surrounded by the familiar blue and white.

Most of the design work was carried out by Huddersfield Town's excellent in-house design team, which we then adapted for final print and production.

Most of the graphics were self-adhesive in nature, some applied directly to the walls, doors and floors, others to prepared panels that could be fixed in place for the day.

Everything had to be installed on the day of the final, then taken down after the game. It was an early start for our fitting team, but with the added bonus of free tickets to the game!

The end result was that Huddersfield reached the top tier of English football for the first time in 45 years. A small bit of history that we still feel very proud to have been part of! 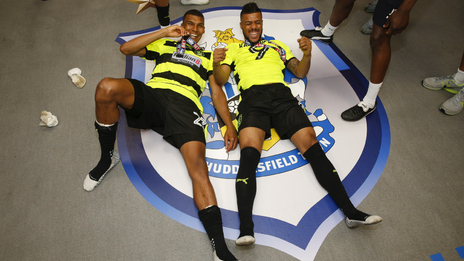 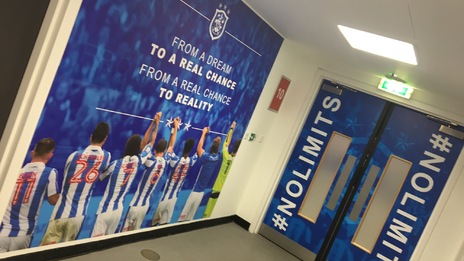 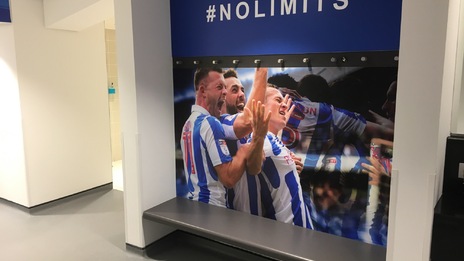 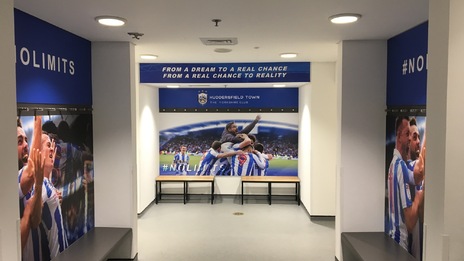 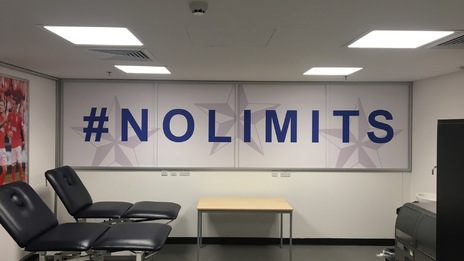 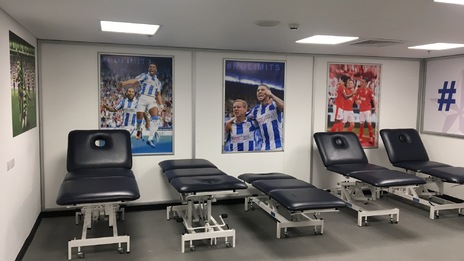 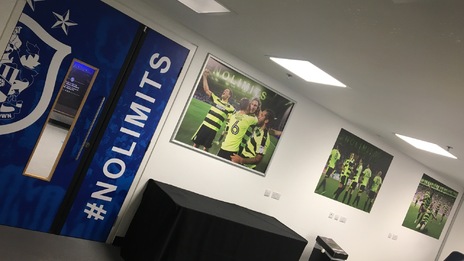 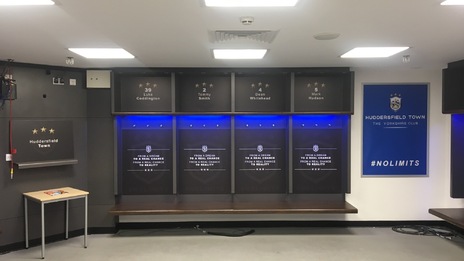 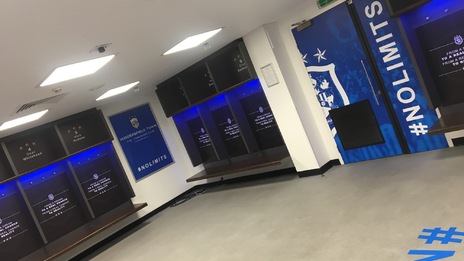 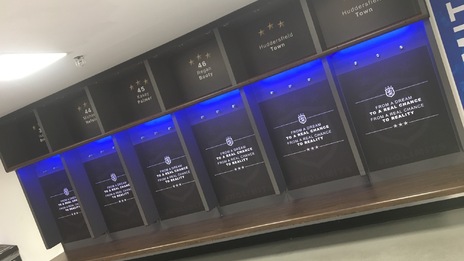 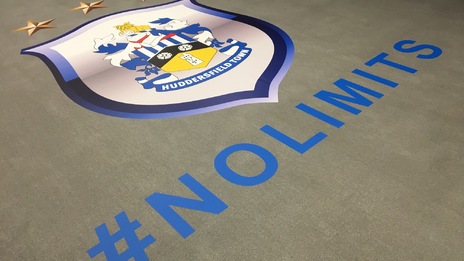 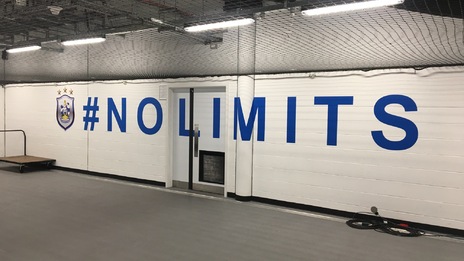